What You Missed at June 23rd Meeting

Thank You for Attending Our
Portage County TEA Party Meeting!

We had a nice crowd Thursday night at the American Legion in Kent where Portage GOP Chairman Amanda Suffecool updated us on the important races in the November General Election, showing of the 2000 Mules movie at Republican Headquarters, and gave some great perspective on the new gun bill the US Senate passed compared to the HUGE Supreme Court 2nd Amendment ruling yesterday!

Patty Gascoyne is new to the Portage County TEA Party and she introduced herself by explaining why she is running for election for Ohio Republican State Central Committee - the ONLY race on the Ballot in Portage County in the August 2nd Primary Election. You can see her platform HERE. 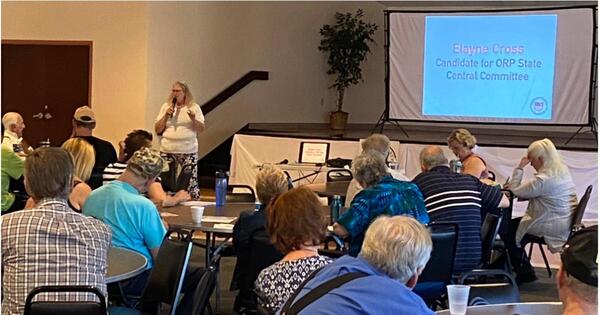 Elayne Cross, former Vice-Chairman of the Portage GOP and former member of the Portage County Board of Elections talked about what she would do if elected to the State Central Committee. If you want to support Elayne you can contact her by clicking HERE. 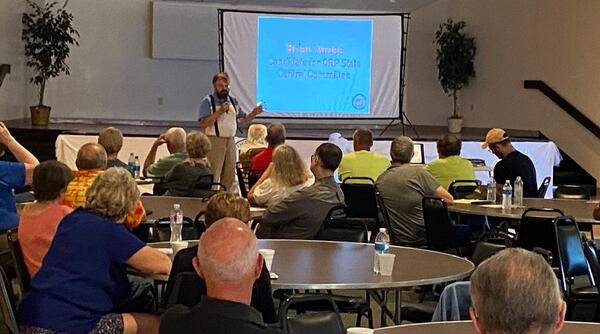 Brian Ames, Portage County TEA Party Member and member of the Portage County Republican Central Committee talked about his goals to reform the corruption in the Republican Party, and Democrat Party for that matter, by running for ORP State Central Committee AND by filing law suits challenging the rules and laws that keep regular citizens from participating in our political processes. If you want to support Brian, you can contact him by clicking HERE. 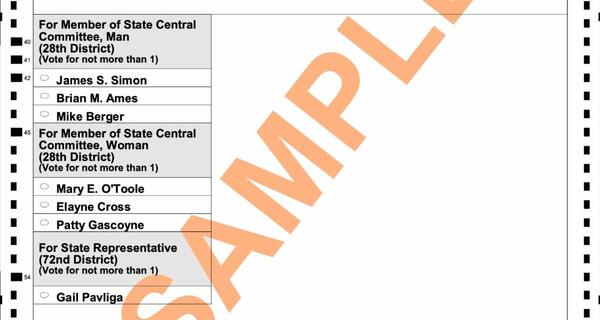 This is a copy of a SAMPLE BALLOT for the August 2nd Primary in Portage County. As you can see, the only races to vote on are the Men and Women State Central Committee seats! This election is costing Ohio Taxpayers $30 Million to put on and in many cases, like Portage County, the Ohio House and Senate Candidates in both parties have NO COMPETITION because the State Legislature, after totally screwing up Ohio's 10 year Redistricting Process, and Secretary of State made rules that did not allow YOU to file to run on the ballot! 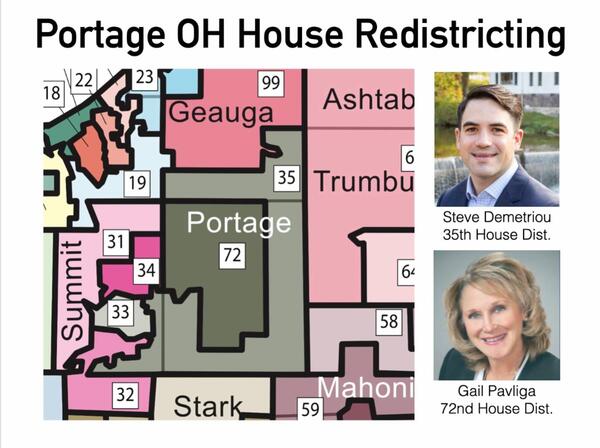 Despite not having ANYcompetition on the August 2nd Ballot, we wanted to show YOU the "new" Portage County House Districts - which are Bizarre! In the General Election on November 8, 2022 Steve Demetriou will be facing a person named Lori O'Niell. Gail Pavliga will be facing George Soros Backed Communist Kathleen Clyde. We will have Steve and Gail speak at a Portage County TEA Party Meeting before the General Election. In the mean time you can learn about Steve Diemetrio and contact his campaign by clicking HERE.  You can learn about Gail Pavliga and contact her campaign by clicking HERE! 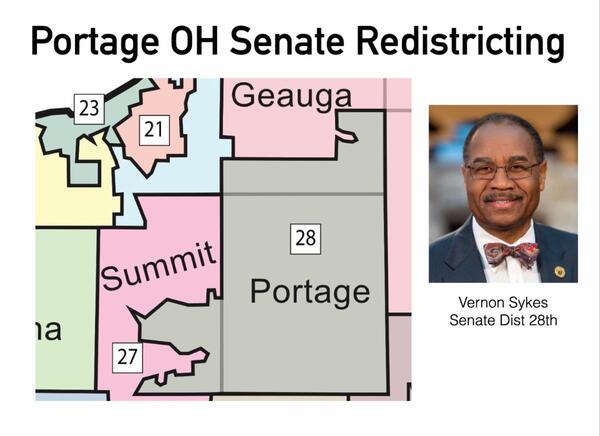 As you can see in this map, Portage County is now in a Democrat Controlled Ohio Senate District with long time Summit County Democrat Operative Vernon Sykes as our Ohio Senator. This is a big change as we have been in a Republican Senate District for over a decade previous to this. Sykes will not be on August or November Ballot because his current Senate Term has not expired. So, like it or not, he is our Ohio Senator for at least the next several years. You can learn about Vernon Sykes and contact his office by clicking HERE.

At the end of our meeting we played this short clip from Tom Z' Podcast to prove that the Reagan Revolution 2.0 is about to Happen and why you should be hopeful! 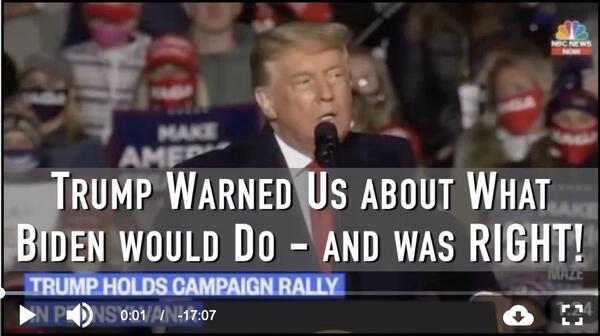