The number of African American small business owners in the United States has increased by a staggering 400% in just a year. This was the finding of a survey from the small business financing company, Guidant Financial.

The State of a Small Business survey interviewed more than 2,600 small business owners and entrepreneurs, both male and female.

David Nilssen, CEO of Guidant Financial, shared his enthusiasm over the rise in minority small business ownership in the United States in an announcement announcing the guidelines.

In the release, Nilssen said, “It is exciting to see the growth in minority-owned small businesses, a trend that has steadily been rising since we began our survey in 2015. 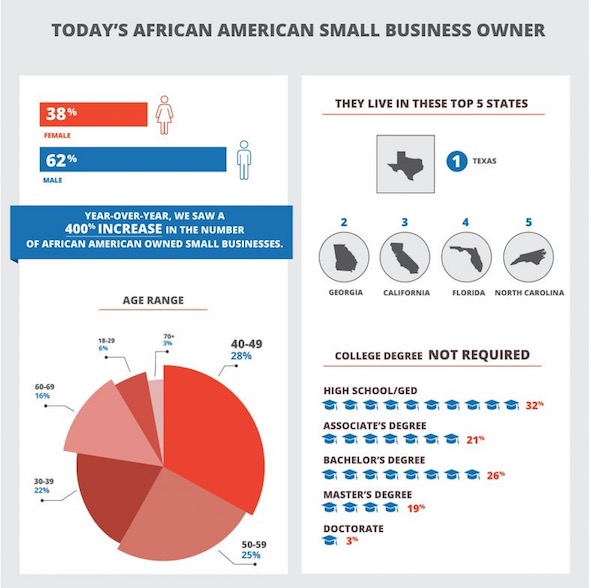 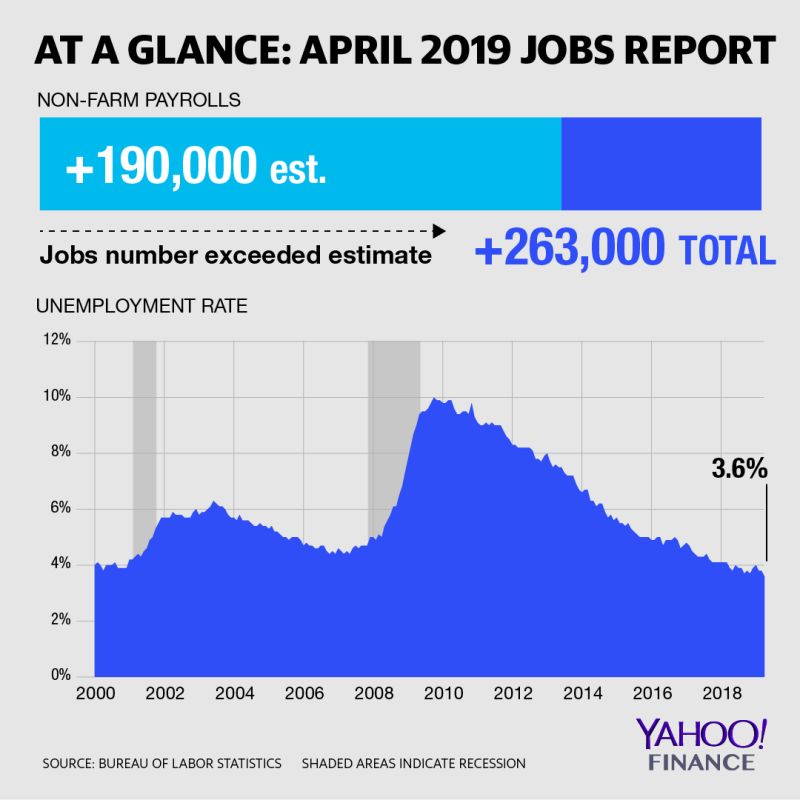 The U.S. labor market charged ahead in April.

The economy added 263,000 non-farm payrolls for the month, the Bureau of Labor Statistics reported Friday. This topped expectations for 190,000 new positions, according to consensus estimates compiled by Bloomberg. March’s payroll additions were downwardly revised to 189,000, from 196,000 previously.

The unemployment rate fell to 3.6% for the month, the lowest level since December 1969.Consensus economists had anticipated that unemployment would hold at March’s 3.8% rate.

Meanwhile, the labor force participation rate fell slightly from March to 62.8%, but was unchanged from the year prior. The broad U-6 gauge of unemployment – which captures the underemployed as well as those who have ceased looking for jobs and – held at 7.3%, the same level seen in both February and March.

Average hourly earnings rose 0.2% month-over-month and 3.2% year-over-year, the same paces seen in March. Consensus economists had anticipated hourly wages to increase by 0.3% on a monthly basis and 3.3% on an annual basis.

Positions in the manufacturing sector grew by 4,000 in April, reversing a decline of 6,000 seen in March. However, this came in short of the 10,000 new manufacturing positions expected. Manufacturing job creation has been closely watched amid softness in the sector as a whole, with the Institute for Supply Management’s factory gauge falling to a two-year low in April.

The Bureau of Labor Statistics report comes on the heels of mixed employment data from other closely watched labor market indicators. ADP/Moody’s reported earlier this week that private payrolls increased by 275,000 in April, or nearly 100,000 positions more than expected. However, initial unemployment claims, which had been trending lower, recently rebounded, with Thursday’s latest reading showing new jobless claims rose by 230,000 on a seasonally adjusted basis during the last full week of April.

Meanwhile, the economy on the whole has shown signs of trending higher, based on the much stronger-than-expected reading on first-quarter GDP last week. According to that report, the U.S. economy grew at a pace of 3.2% in the first three months of the year, surging ahead of consensus expectations for 2.3% growth.

Friday’s jobs report comes just two days following the Federal Reserve’s latest monetary policy decision and commentary from Fed Chair Jerome Powell, in which the central bank characterized economic activity as “solid.” The Federal Open Market Committee (FOMC) decided to keep key interest rates unchanged at a band of between 2.25% and 2.5%, with Powell subsequently telegraphing that the central bank does not see a “strong case” to change interest rates in either direction at this point.

In the statement, the FOMC noted that “job gains have been solid, on average, in recent months, and the unemployment rate has remained low.” Powell also said that he saw no signs of an overheating economy, and that wages have grown at an “appropriate” rate.

“The Federal Reserve looks at the past couple months of employment reports and certainly feels no urgency to cut rates as many investors have been hoping, or I’d say speculating,” Hamrick said. “As Fed officials’ favorite inflation gauge hasn’t been blinking red, they’ll remain relatively comfortable with leaving rates unchanged for the near-term.”