Fellow Patriots,Ask yourself this question. "In the six years that WE gave Republicans control of the US House during the Obama Presidency, and even the two years in which WE also gave Republicans control of the US Senate, how much legislation were Republicans able to pass?"  The answer is NONE! Oh they told us how they voted 60 times to repeal Obamacare but that was all political theater. So guess what? The TV networks, including Fox, are screaming "The Democrats put forward a bill to impeach Trump, and they put forward a bill to protect Mueller, and they introduced a massive "voting rights" bill called "For the People Act", and on and on. ALL POLITICAL THEATER. They are PLAYING their base, just like McConnell and Boehner and Ryan played US!  Nothing to see here folks because NOTHING is going to happen over the next two years but the expulsion of hot air and the gross over spending in our Federal Budget. Turn it off. Don't waste your time because NOTHING the Dems are talking about is going ANYWHERE. None of it will become law. The President will NOT BE IMPEACHED. Best of all, in the process of this childlike political temper tantrum, where democrat "social justice warriors" expose themselves as the radically insane anti-Americans that they are for all to see, they will destroy each other and themselves!  Look at how they are now going after Bernie Sanders. Can you imagine how they are going to tear each other apart with 20 or more of them running for President and debates starting as early as this June??? Pelosi is terrified by these idiots. We don't want them to shut up, we want to give them the microphone and tell everyone to look at them when they say that they want to raise taxes to 70%, and shut down all fossil fuels, and let everyone in the world come across open borders into our nation and vote. Yea, run on that in 2020, go ahead, make our day!Then ask yourself another question. Over the 8 years of Obama, and the last two years of Trump, the Republicans in the House and Senate held hearing after hearing after hearing on "Fast and Furious", Benghazi, the IRS Targeting, the Clinton Emails, Uranium One, the corruption in the DOJ and FBI.  What ever came out of any of that time and effort that affected your or my liberty and freedom in a positive way?  The answer is NOTHING! In the end it was all political theater.So guess what, all these Democrat hearing are going to be about nothing. Their base will love it, but the average American is already tired of all of it, and they can't win much of anything with their radical base which is 20% of voters. They may even vote to Impeach Trump in the House, not because it will actually happen but because they calculate that it will be politically damaging enough to stop Trump from being re-elected. That is the entire purpose of the Mueller "investigation."  But it will never get through the Senate, at least not before 2020, and in the process, the American Public will turn on the Democrats like they turned on the Republicans during the Clinton impeachment. Pelosi and Schumer know Impeachment will hurt them in 2020, not help them.So, I hope this helps you feel a little better and gives you some important political perspective that you will share with others. Over the next two years, our job is to make sure everyone we know sees the radical regressive "Democrat Socialist" agenda and also sees the good that President is doing. Below are some important links for you to read, view and share. Enjoy your weekend during this mercifully mild winter so far.For Liberty,Tom ZawistowskiPresidentWe the People ConventionFollow Me on Social Media at www.MeWe.comCheck out my posts at www.WethePeopleConvention.org

Ocasio-Cortez Sees Global Warming as Way to Push Social and Racial AgendaWhile the Democrat communist left pushes more "man made global warming" nonsense in its effort to destroy capitalism you have got to watch this video and share it with everyone. This is just one of the best presentations on the topic I have viewed. Just CLICK HERE or on the Image to view it and just put it on your phone and listen while you are driving or play it on your computer instead of watching Fox News! 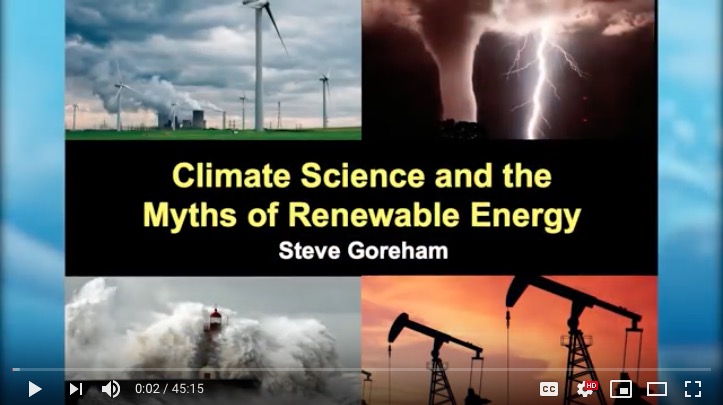